Unite the Union exists to ensure the application of the principles of Equality and Justice. The Unite Faith Workers’ Branch is a National Branch of Unite the Union, one of the largest trades unions in Britain and Ireland.  The Branch claims to be a multifaith organisation for clergy and faith workers of every religion and belief.

However, over a number of years, the Executive Committee of the Faith Workers’ Branch, which is dominated by Anglican and other white Christian clergy, has been the subject of ongoing complaints of racism, sectarianism, bullying, sexual harassment and abuse, and is now facing legal action.  Unite the Union and its London and Eastern Region which hosts the Unite Faith Workers' Branch has lost a number of high profile legal cases of sexual harassment and race discrimination, and the Union lost a case against Anna Turley, former Labour MP and vocal critic of its record on antisemitism, leading to Court awarding her £75 000 in damages with legal costs faced by Unite in excess of £1.5 million.  Several senior Jewish rabbis have also resigned their membership of the Unite Faith Workers' Branch in protest at the same culture of antisemitism. There is a problem, a serious problem - we need your help in addressing it. 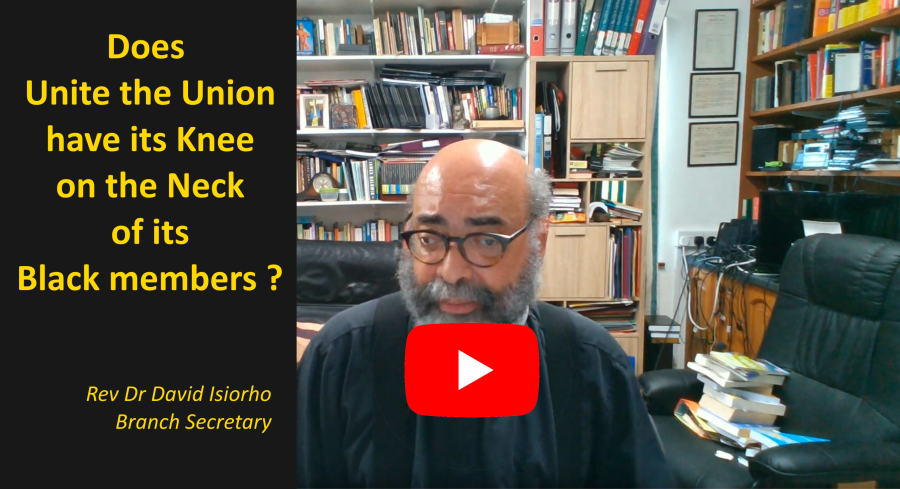 In his July 2020 report, the Secretary of the Unite Faith Workers’ Branch, the eminent black Anglican theologian and clergyman, Revd Dr David Isiorho, published a statement asking, “Does Unite Have its Knee on the Neck of its Black Members”, in which he offered a litany of concerns about the racist and sectarian discrimination, bullying and malfeasance by the white Christian majority Unite Faith Workers’ Executive Committee Officers, in blatant violation of trades union values.  David Isiorho himself, had over the previous months bravely defended the rights of non-white and non-Christian minority clergy and faith workers within the Faith Workers' Branch and, as a result as Branch Secretary had faced bullying and pressure from his white colleagues and repeated undermining of his position. 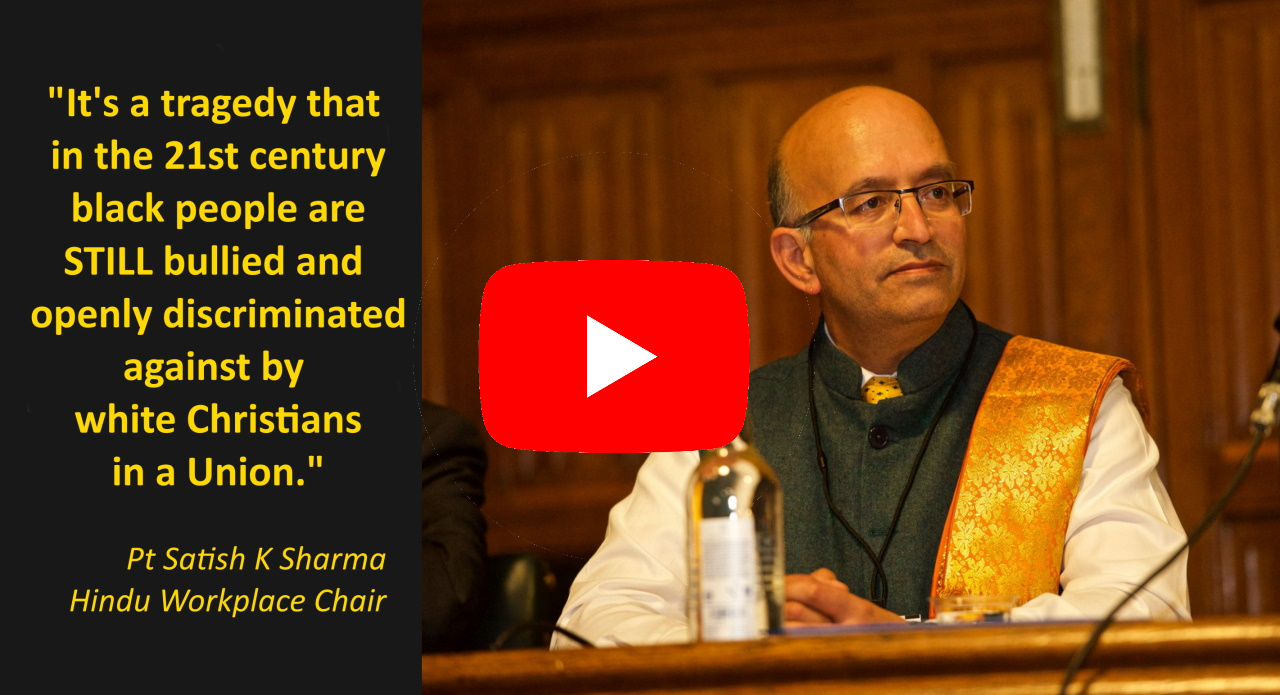 The same ugliness within the Unite Faith Workers’ Branch has again come into focus following the disturbing report in the Church of England Newspaper by Andrew Carey, son of the former Archbishop, concerning the victimisation of Muhammad Al-Hussaini, an imam and theologian who has been an outspoken commentator on Islamist religious extremism and abuse within the Muslim and Church leadership.

Even following this damning report, the Acting Chair, Revd Ruth Oates, and Treasurer, Revd Peter Hobson, still continued on to reject the Unite Legal Department’s own legal advice to immediately recognise non-white and non-Christian sub-groups within the Faith Workers’ Branch, whose recognition Ruth Oates and Peter Hobson had in January 2020 blocked from being voted on at all, with false statements made at the meeting about admission requirements.  This discrimination and lying have since led to further formal complaints and legal action.

We are here to help

When a Faith Worker faces challenges such as equality or discrimination issues from authority within their own faith heirarchy, and access to justice is blocked - we are here to help. At a time when abuse of Clergy, especially Whistleblowers, is so prevalent, our members have somewhere to turn to.

In matters of Equality, Size is NOT important!

Increasingly we are seeing members of one faith tradition acting to the detriment of other faiths and this a cancer which must be robustly challenged. Whether its discrimination, denial of equality rights, abuse or bullying, it is intolerable and we are here to help stamp it out. When the issue involves a dominant majority faith tradition harming members of minority traditions, its even more pernicious.

Helping to protect our Faith Sector

Sometimes our Branch members suffer descrimination or harm from persons, institutions or organisations outside of the Faith sector and even in thses cases we are here to help our members.